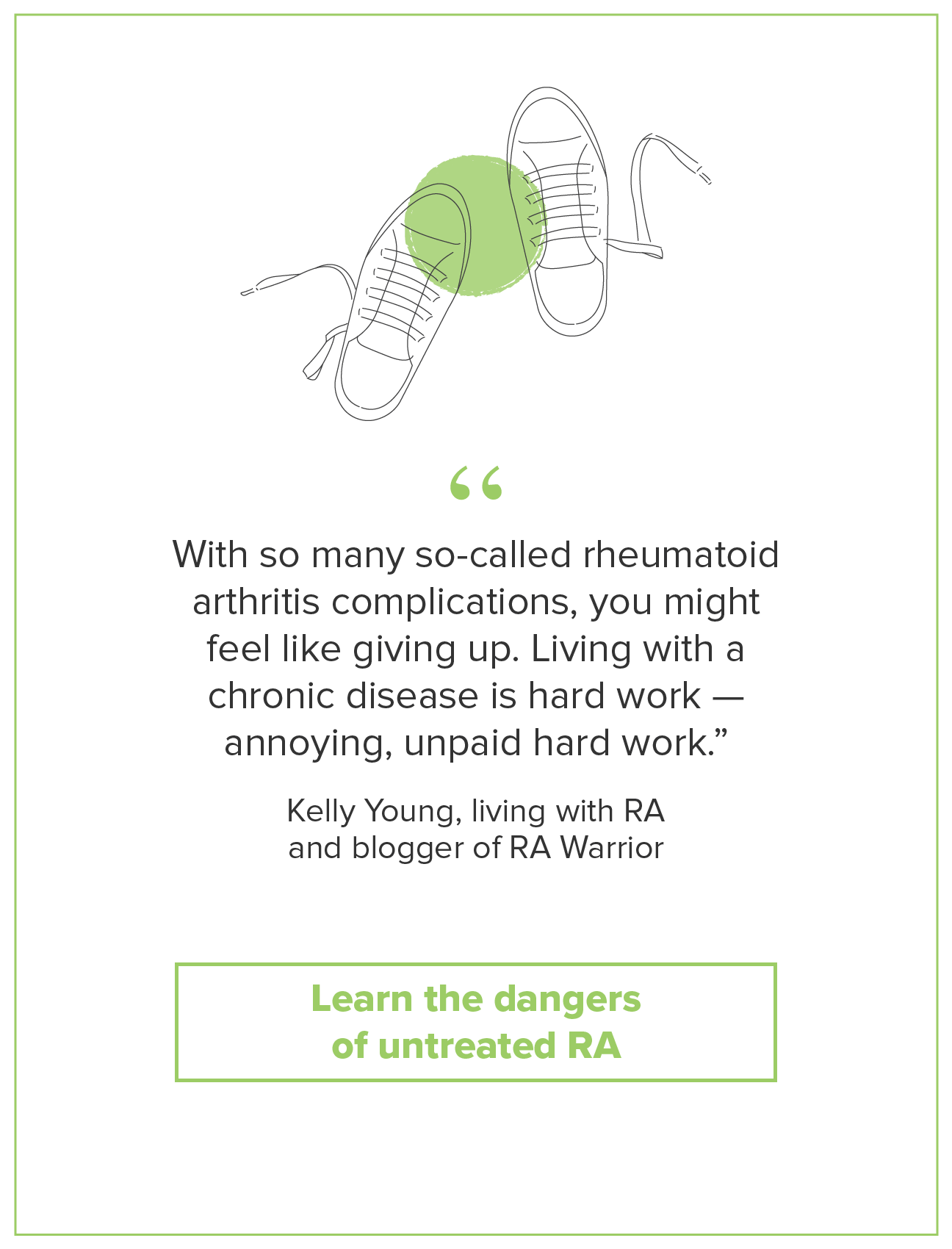 Rheumatoid Arthritis (RA) is no respecter of persons. There's evidence that it's hereditary, but in my case, I was the first member of my family to be afflicted with RA. It hit me like a sledgehammer. I'd had the odd aches and pains – I was 44, and I lived in Cornwall, England, which is a very beautiful county, but also a very damp county, and the damp used to head straight for my knees. However, I wasn't prepared for the suddenness and severity with which RA made its presence felt.

I had a great job, working as an Airline Catering Supervisor at Plymouth Airport. I sat down to lunch with my colleagues a reasonably fit woman. Half an hour later, I went to stand up to go back to work and couldn't move. Every joint in my body had downed tools and stopped working. In the weeks that followed, I felt they'd never work again.

The reason I was hit so badly and so quickly was that I had a combination of Rheumatoid Arthritis and Lupus, which my Rheumatology Consultant dubbed 'Rupus.' RA affects the joints, and Lupus, put simply, is like RA of the organs, so it was a double whammy that hit me, and my body just wasn't ready for it.

After many painful months, when I was mostly housebound, my medical team arrived at a balance of drugs which allowed me to lead a reasonably pain-free existence. That's the real downer with RA – you're on drugs for the rest of your life, and some of the drugs have side effects, which you need other drugs to counteract. For someone who'd hardly ever popped a pill in her life, this took some getting used to, I can tell you.

While you're going through the test and treatment stage, you have a lot of pain, but at least you're kept busy with appointments and things. Once the medication is balanced, you have time to think about your condition, and that's when the 'Why Me?' stage kicks in. I'm not proud of it now, but I 'Why Me'd' for England! I was 44, with a good job, a happy marriage and everything to look forward to. All of a sudden, it looked as if I'd never be fit for work again, and the future held nothing but pain and pill popping.

Luckily for me, the charity Arthritis Care chose Plymouth to road test it's new Arthritis Management Course, and my doctor said it had come at just the right time to save my sanity. (And his – I was a very bad patient!) I went along with some misgivings – I'm sceptical by nature, and I couldn't see how anyone could talk me out of my RA, because that's all they were going to do was talk, right? Wrong!

The course was run by specially trained RA patients, so they knew the problems we all faced on a daily basis. The course leader's first words were. 'I bet every one of you has said 'Why Me?' But now I want you to say 'Why Not Me?' There's nothing special about us, except that having RA allows us to do things other people can only dream of doing.'

That opening gambit set the tone of the course, and turned my life with RA around. We were asked to make two lists that first day. The first list was entitled, 'Things I can no longer do because of RA.' My personal list comprised – take long walks; work for my living; go to the gym; jump out of bed in a morning.

I was hoping to return to the workforce at that stage, but my doctor had advised against the long weekend hikes we enjoyed, and visits to the gym, as that would place too much stress on my joints. And anyone with RA will tell you how excruciatingly painful it can be to perform the simple task of getting out of bed when your joints just don't want to co-operate.

The second list was, 'Things I've always wanted to do, but earning a living got in the way.' This list was longer – write articles and poems, read more books, travel, study for a degree, make my own jams and pickles, travel around Europe.' The body may have gone on strike, but the mind was ready for new challenges, and that day I started to realise that instead of fighting RA, I had to call a truce with it and work out a way we could live together. After all, it was 'Til death us do part,' even though I hadn't taken the vow in front of the minister.

Well, the rest, as they say, is history. I studied for my degree – not being one to do things by halves, I doubled up and got a BA and an MA. I did the reading, the preserve making and the trips around Europe. In the last couple of years, I've published a lot of writing on the internet, and also landed a job as a content editor for a website. The great thing is, I do all this work from home, so there's never a day when I have to call in sick.

Two years ago, we sold up in England and moved to the Costa Blanca in Spain. We live near the salt lakes of Torrevieja, which is the healthiest place in the world for people with arthritis and breathing problems. As the Lupus mainly affects my lungs, I'm now living in the best place for my condition. My joints are better here, so I can swim and walk again, as long as I stick to level routes so as not to put a strain on my lungs or knees.

Given the choice, I'd obviously prefer not to have RA, but that's not an option. Since I learned to stop fighting the disease, and live within the limitations it imposes on me, life has been so much better and happier. Living with RA is like any other live-in relationship – to get the best from the situation, you have to make compromises and lower your expectations a little.