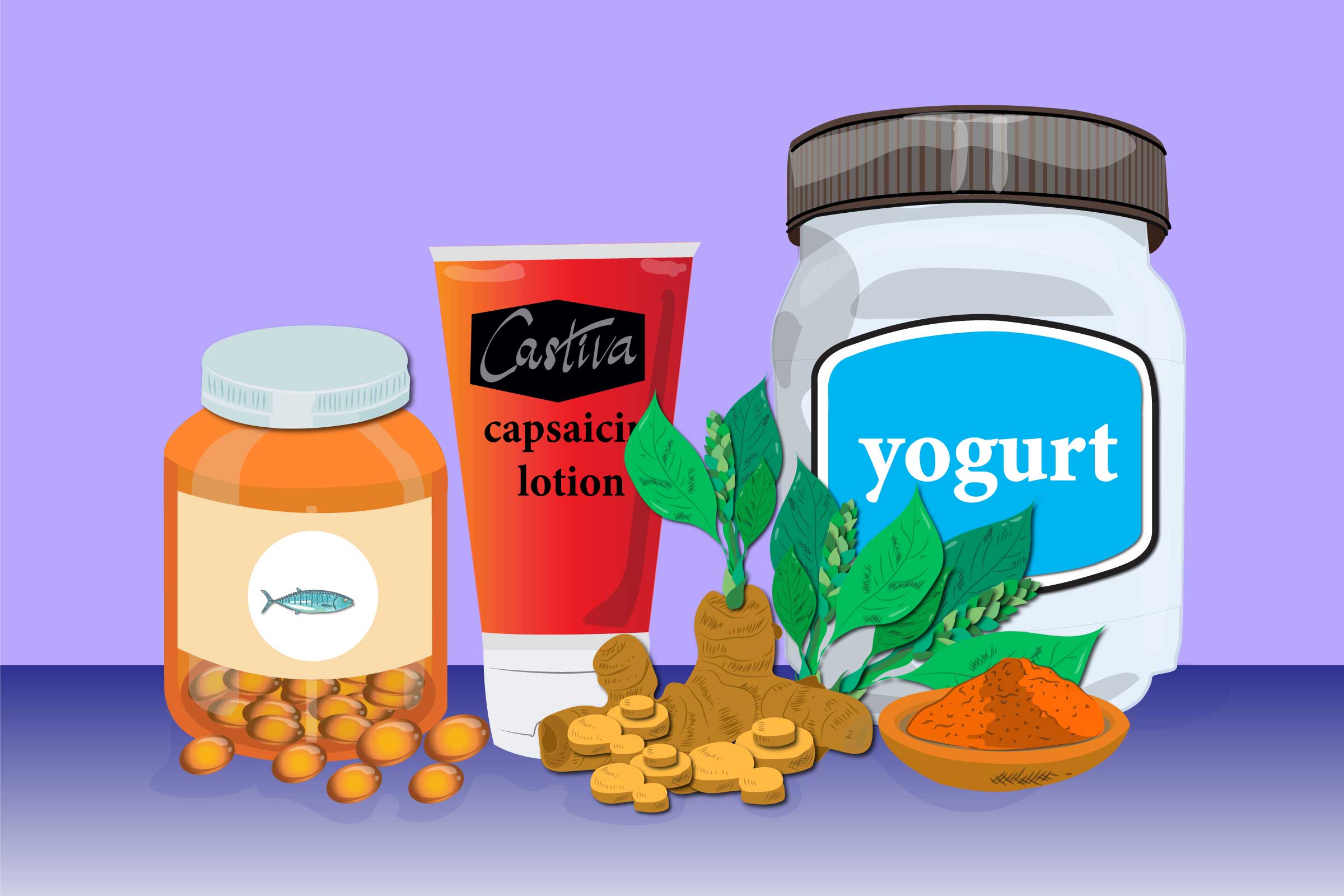 Modern medical treatments for arthritis are thank¬fully very effective both in minimizing the acute symptoms of pain and swelling, preventing the progressive damage to joints, and most dramati¬cally of all, replacing damaged joints altogether. None, however, are completely effective, and pa¬tients will always have a degree of pain and discom¬fort from their symptoms for which there are probably more home remedies than for any other condition. These range from copper bracelets and bee stings to thrashing the affected joints with nettles. Some of the following home remedies will be well known to those with arthritis but those that are not are well worth a try.

Heat: Hot or warm baths twice a day are life saving for many of those with arthritis. A Jacuzzi is even better for those that can afford it and if they cannot there is always the option of paying a visit to the local health club.

Ice; Sprains and other acute injuries of the muscle are best treated with an ice pack (or packet of frozen peas) wrapped in a towel and applied directly. Heat is an inappropriate remedy here as it encourages the release of fluid from the damaged muscles which then increases the size of the swollen area dramatically. Ice packs are also an appropriate remedy for tennis elbow and similar conditions as described by Judy Swaine, physiotherapist from Essex: 'Oil the skin and place an ice pack over the elbow for five to ten minutes, twice a day. Rest the arm but ensure you can fully straighten the elbow twice a day. If still very painful after seventy-two hours seek further medical help.'

Towels: This remedy is very similar to that recom¬mended for sore throats and here is described by Pauline Caseley from West Sussex. 'First wring out a towel in cold water which should be wrapped around the affected joint and covered with a wool¬len scarf or garment, not too tightly. This should be fastened securely in place. Then put on your pyjamas and go to bed. A gentle heat will begin to permeate the joint comforting and relieving the pain and swelling. Remove in the morning.'

Tape: The tape remedy as described by Professor Paul Dieppe and colleagues from Bristol may be a useful supplementary treatment along with 'quads' exercises for those with osteoarthritis of the knee: 'The principle is that the malalignment of the patella in the knee joint may cause an abnormal distribution of pressures in the knee which is corrected by placing a tape directly over the patella so that it shifted towards the midline.' Specialist advice from a physiotherapist is probably necessary to learn the precise technique, but afterwards it can be applied regularly at home.

Massage: An instinctive reaction to any ache or pain is to massage it, thus improving the circula¬tion and bringing warmth to the affected part. Massage, preferably with the aid of essential oils is an excellent treatment, though interestingly the results always seem much better when someone else is doing it.

Wax: Wax treatments provide wonderful relief for painful and swollen joints in the hands. This Do-It-Yourself recipe comes from an excellent book; "Arthritis: What Really Works" by Dava Sobel and Arthur Klein:

'Melt a couple of packages of canning paraffin in a tall pot to fill it about half way and then mineral oil should be added until it is three-quarters full and the mixture should be stirred well. Next the pot should be removed from the heat and left to cool until a light skin forms over the paraffin. Then keeping the fingers slightly apart dip one hand and wrist in quickly and out again. The paraffin should be allowed to dry slightly between dips which should be repeated about ten times. The hands should then be covered with a plastic bag and wrapped with a warm towel left on for twenty minutes during which time the hand should be kept still or alternatively hand exercises can be performed in the soothing heat. The paraffin should then be peeled off and saved for use another time. The process should then be repeated on the other hand and when finished the hands and fingers should be massaged with the mineral oil that remains on the skin.'

Diet: Arthritis, like any other condition, may be relieved or exacerbated by certain foods, though which foods are relevant for which individuals can really only be found by trial and error. Fish, par¬ticularly oily fish, is thought to be particularly beneficial while the exclusion of dairy foods, toma¬toes and white potatoes from the diet can some¬times bring dramatic relief.

In addition some people find their arthritis made better or worse by the most unlikely of foods as the following two accounts illustrate. It is well worthwhile to be on the lookout for similar situa¬tions. Mr. Andrew Stronach from Kent suffered from chronic low back pain and lumbago for a period of ten years. He had been advised by two separate specialists that he would need to have an operation to relieve the pressure on the nerves in the spinal cords which were responsible for his symptoms. He noticed on reading The Times one day a reader's letter which claimed that many people had experienced lumbago as a result of eating lettuce:

'As I had suffered the torture of the damned on and off for over ten years I decided to stop eating the stuff. No more pain, no more stiffness! A look back at the events of the past proved convincing. I had first had the problem while on an artillery exercise during National Service when, for some reason, we had been given lettuce every day for a fortnight – rare enough to be memorable. Since then I only suffered when living with my wife or my mother both of whom always gave me regular salads (when living on my own I never bothered). Subsequently I have been free of pain except for those few occasions when I have succumbed to temptation and eaten lettuce. Even a leaf in a sandwich can give me the odd twinge the next day. The symptoms are definitely not psychoso¬matic nor am I a believer in alternative medicine. I just happened to be lucky enough to have found the cause of something that was wrecking my life. I wonder how many others are not so lucky.'